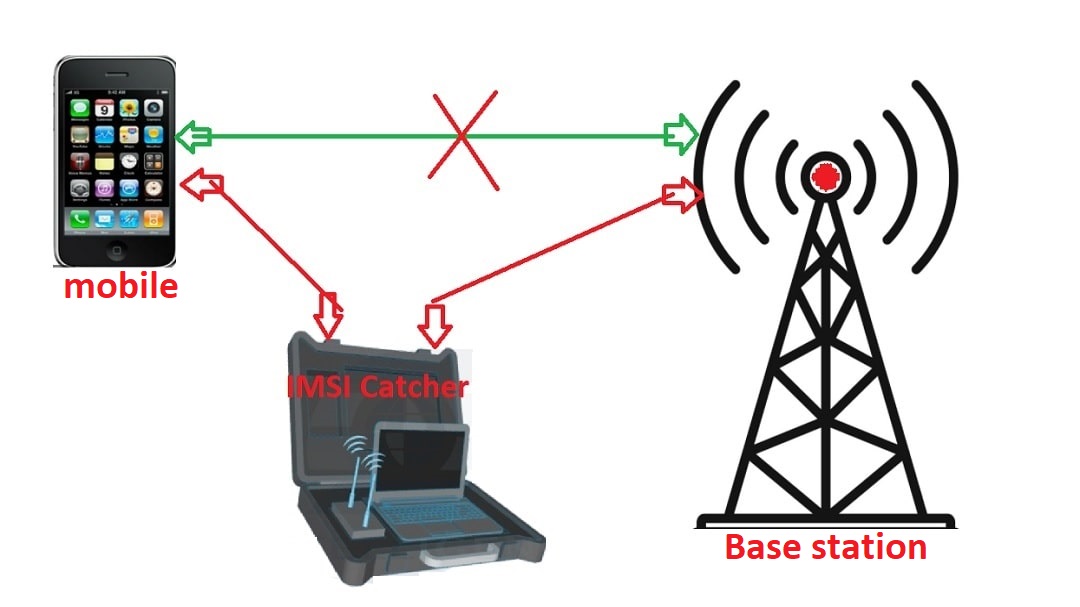 1G is a first-generation mobile network that was introduced in 1979. The radio signals used by 1G networks are analog and without encryption (no encryption). Text messaging was not yet possible on 1G networks.

2G is a second-generation cellular telecommunications network that was launched commercially in 1991 on the GSM standard. 2G networks are radio signals that have been digitized, and the data is encrypted (weak encryption such as a5/1, a5/3, etc.).

The 2G network features are such as data (GPRS, EDGE), SMS, MMS, voice mail, and call forwarding were implemented. Also, Later 2.5G and 2.75G were introduced and both implemented improved techniques for data transfer such as GPRS and EDGE. In general, the Global System for Mobile Communication (GSM) is used for most mobile phone protocols.

3G is a third-generation mobile network that was introduced in May 2001. 3G networks are radio signals that are digitized and the data is encrypted (strong encryption).

4G is a fourth-generation mobile network that was introduced in 2009. 4G networks have better encryption standards (very strong encryption).

5G is the fifth-generation mobile network that was commercially launched in 2018. 5G network Internet speeds up to 10Gbps and beyond improving speed, 5G is expected to achieve IoT (Internet of Things) in a big way. 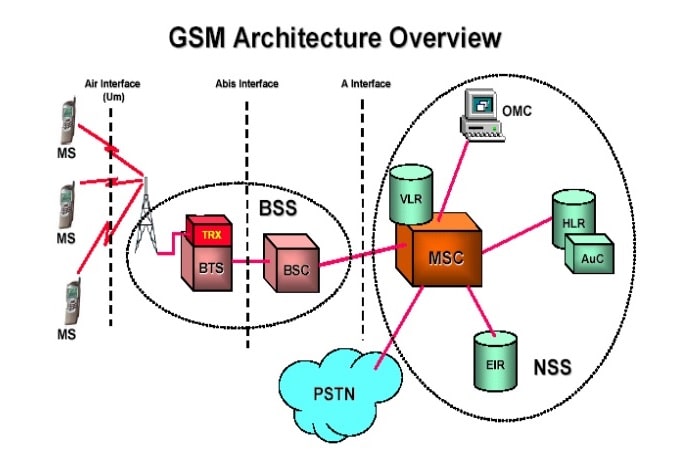 What is an IMSI Catcher :

IMSI Catcher operates on a fake mobile phone tower between the target mobile phone and the real towers of the service provider, it is considered a man-in-the-middle (MITM) attack. 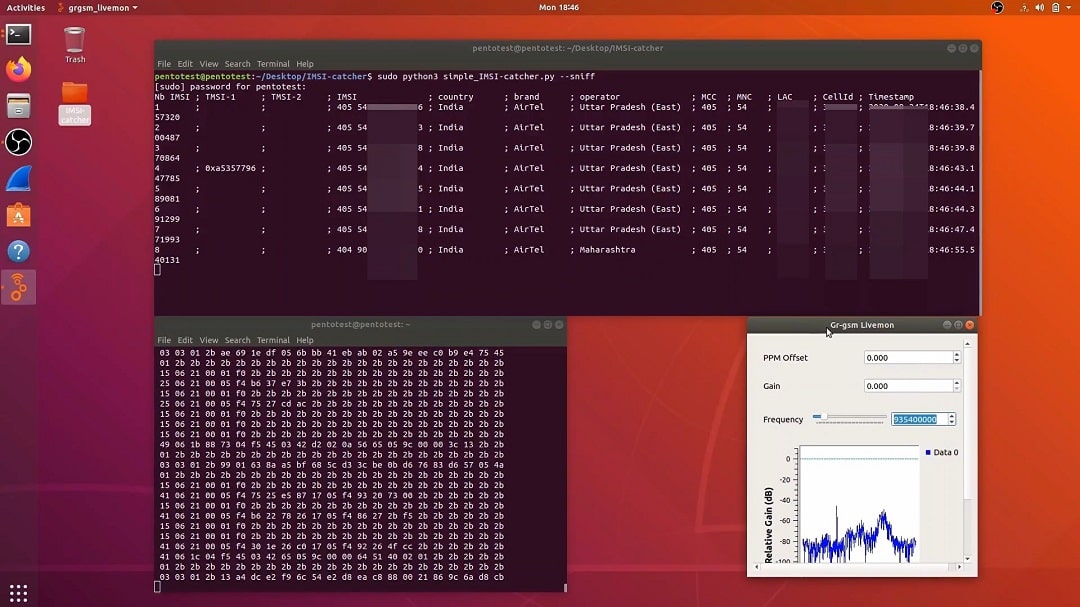 Then download the gr-gsm's source and build it with following commands :

Installation from packages on Debian Testing and Ubuntu 18.04+ :

How to find gsm frequency’s

How to install IMSI Catcher :

Capturing or Intercept of GSM traffic : 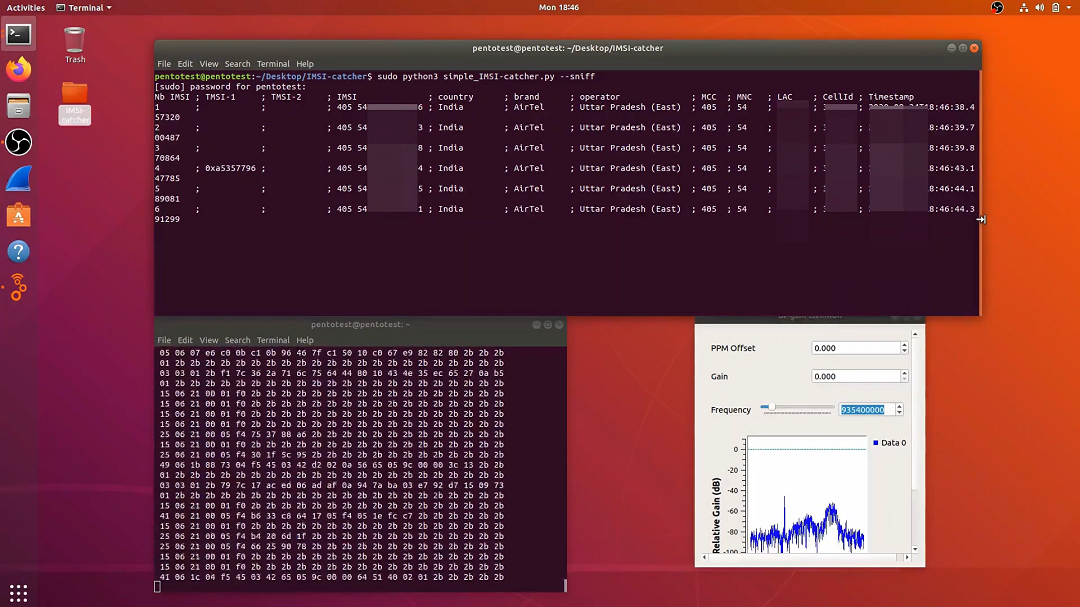 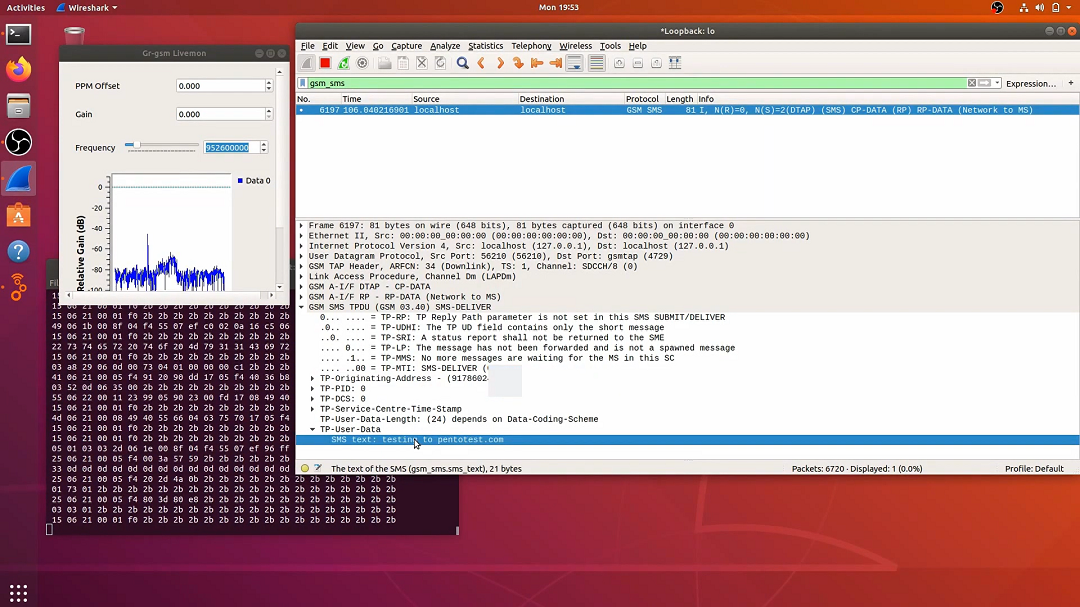 There are different applications available, which help to find the IMSI Catcher in your location. Once it is installed on the mobile, it will automatically detect the IMSI Catcher. Applications contain a database of all the cell towers of mobile carriers in different countries and regularly update this list.

If you like my work, you can support me on Paytm and PayPal. So that I can keep making such informative blogs and videos for you.

i have hackrf one device and i need you install it for me and test it and i will pay for you this my telegram @gold4316 , thanks

My name is Shahrukh Khan from India. I am an ethical hacker and penetration tester. I am here to give information about cyber security and technology.

How to Create your Own Secure VPN

Need Any Help For Business ?

Not a member yet? Signup now

I am here to give information about cyber security and technology.